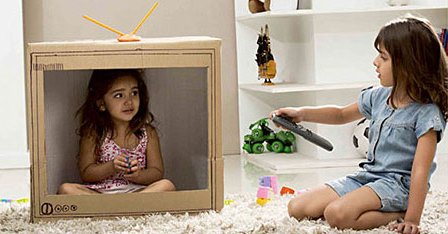 Being the Real Estate Development New Entrant brand, Fusion Homes had completed almost 30% of the construction of its residential project even before it started to make some sales.

Real Estate Development in the NCR market was at its peak of marketing aggression with hundreds of builders including the likes of DLF, Jaypee, and Hero muscling their weight with huge budgets across 360 media, not only just ATL, Digital or BTL.

Secondly, the brand was facing negative word of mouth due to its inability to sell. Its honest approach had backfired because people saw it as that construction is happening but no sales are taking place. Especially through the dealers.

The brand required effective GTM Strategy for the middle class with Brand Communication rollouts for making a name for itself amongst the biggies in the market while having limited budgets in comparison.

We turned the tables by flipping its disadvantage into its most prominent advantage.

We dived deep into the brand along with studies of consumer and media consumption behavior and that of the competition for their messaging and media tactics. After two months of the Strategy project, we arrived at the core of the brand and created two completely different campaigns for different media. One for the Radio and the follow-up campaign for Hoardings / Billboards and Digital Marketing.

The first one was based to highlight the brand core which had a solid differentiated yet highly relevant premise. ‘Honesty’ is something that the real end consumer looks for and it was apparently absent from the competition. And we had a building and construction to back it up. Plus, we decided to give our words in writing. Honesty is the primary factor that the end consumer should look for while parking their years of savings in real estate. The other players were selling even before getting all the certifications, forget construction.

Hence we wrote – “Brochure nahin minar dekhiye, developer ka kaam dekhiye….” (English Translation: Instead of the brochure, look at the actual building. Look at the real work as it is happening).

The second campaign was an emotional one for a deeper connection with the brand. It talked about the reflections of different spaces of a home as they mean to us. See the whole campaign by clicking here.

Second Campaign: Each space connects in a unique way

The brand received unprecedented welcome much ahead of any other brand launches in the past. There were phone calls received by the media houses enquiring about the people behind this brand and campaign. Yes, they were asking about the brand first. That is the benefit of doing it right, the first time. Clients received appreciation calls from all stakeholders including families and near ones. The hype went to an extent that people went to a similar-sounding project in the vicinity thinking they arrived at Fusion Homes.

We also had taken up media intelligently for maximum mileage for our limited budgets. And all the credit goes to the client for unquestionable support and belief on us.

The second campaign also had a similar impact and it was extended for more than double the time initially budgeted for.

Needless to say that the sales numbers grew with a multiplying effect. Which is why the client could extend the campaigns and media weight.